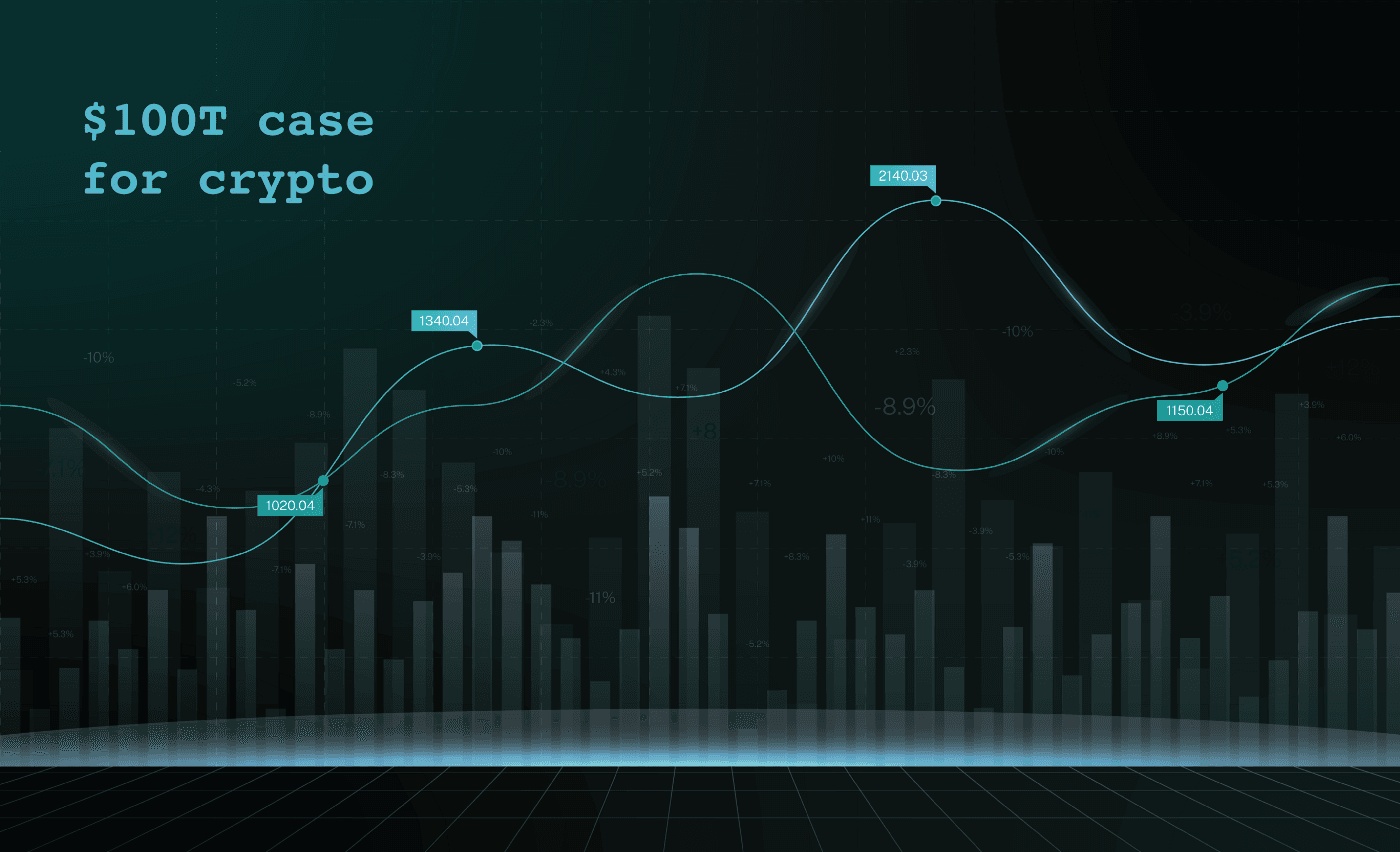 A fascinating theory proposes the potential and scope of decentralized finance (DeFi) particularly through the lens of ETH. The theory by Lucas Campbell posits that despite the fluctuations and the volatility, cryptocurrency is inevitably set to position itself under a $100T asset class in the near future. the foundation of this hypothesis rests on two primary factors: -

Campbell sites the “Great Wealth Transfer” study proclaiming the handover of more than $68T from baby boomers to millennials and gen x over the following two decades with the former being the primary beneficiaries. He pairs this knowledge with the “inelastic market hypothesis” which states that an asset’s market valuation is determined by the type of asset and its subsequent liquidity. using the hypothesis, he calculates the tentative elasticity for Bitcoin to be around 20.

Putting two and two together, the $100T case for crypto proposes an important question: with the greatest wealth transfer in modern history to the generation that holds more liberal investment ideas towards “internet money,” how much of the wealth will trickle into DeFi investments?

To understand the theory in greater detail, you can access the full article here.