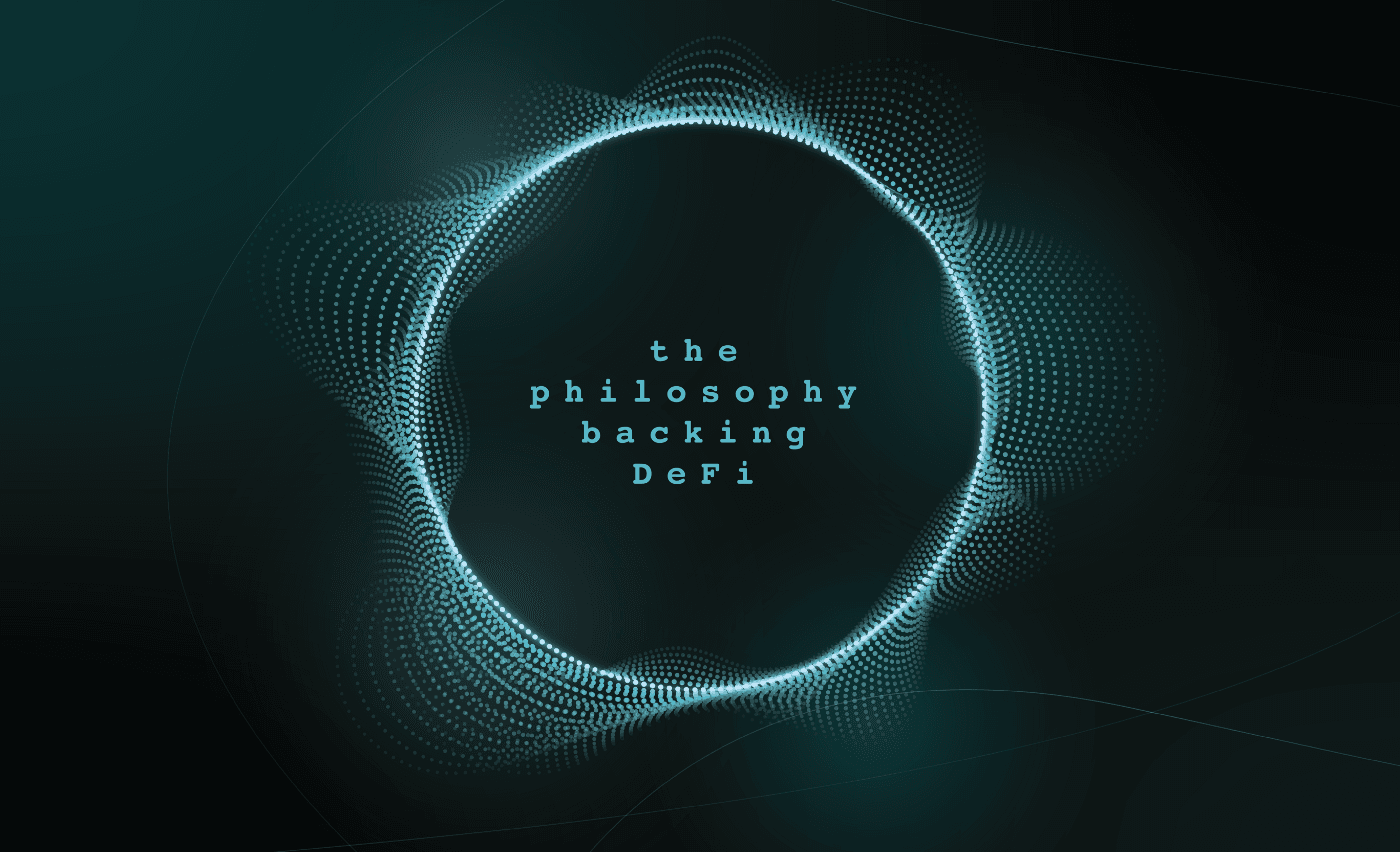 Understanding the difference between centralisation and decentralisation explains the emergence of DeFi as an alternate financial approach. The tools and technology employed by DeFi propose a social structure that restores control in the hands of people as opposed to a centralised authority withholding all information.

Any responsible individual concerning themselves with social philosophy and the moral compass it uses for guidance has at one point or another, knowingly or unknowingly, encountered the decentralist thought. Decentralisation is when power is delegated and distributed amongst the members of society instead of it being controlled by a central authority. Areason why decentralisation is regaining admirers in the current social structure is because it is believed to have the potential to solve some emerging problems of our age. The modern decentralist believes that decentralisation can promote better social welfare when compared to the centralising approach of our time.

Decentralist philosophy can be better understood when compared with centralist thought. According to wilhelm röpke (a german economist and social critic), a “centrist” looks at society from the top downwards whereas the “decentrist” outlook is bottom upwards. Where the former seeks security and happiness in the subordination of the individual and small groups by strictly organising the community, decentrists believe in the independence and autonomy of the individual and small groups. In essence, centralist ideology views humans as a collective whole whereas decentralists are concerned with the fate of each individual. The contrasting ideologies are seen to emerge within various sectors such as administration, culture, housing, industrial organisations, and more. However, the most relevant ones for us currently, are the clashes of the two ideologies in the sectors of economy and technology. The genesis of the decentralist thought in the economy led to the emergence of decentralised finance more commonly known as DeFi and as data became the most important asset, we are moving to the decentralisation of the web through web 3.0.

DeFi may be the buzzword of the new financial age owing to the rise of cryptocurrency, but there is a lot of misinformation and confusion leading to ignorance followed by ill-judged financial decisions. To steer clear of this cluster of misleading information, every individual must acquaint themselves with how it all started.

When the financial market suffered colossal losses in the recession of 2008, individuals were forced to observe the role that money plays in a crisis. This train of thought proposed another question: what is the role of the banks and the government in money? Finally, observing the financial downfall of the common man, the question matured to the one we have been seeking an answer to since 2008: why is our money controlled by central banks? Eventually, the need for a more “honest currency” after the loss at wall street led to the emergence of bitcoin — the holy grail of decentralised value exchange.

Bitcoin was the first to achieve a secure, decentralised blockchain network that enabled financial products to be accessed by individuals without the interference of a central third party. The revolutionary blockchain network transferred the trust from centralised agencies to a collective agreement by using independent computers. these computers, compelled by an incentive serve two important functions that central banks did but with better efficiency as they eliminated human error: -

Why do we need DeFi and how can it benefit us?

Unfortunately, our current financial system is characterised by tight control and is highly opaque. contrarily, DeFi is built for the digital age. It is a financial alternative that not only affords control and visibility of your money but also provides an opportunity to explore the global financial market. This is a liberating concept in a society where even now billions of people don’t have a bank account or their payments are blocked because they don’t have the required documents such as a government-issued id. With cryptocurrency, however, you can engage in the traditional financial functions with convenience and ease simply by having a stable internet connection. DeFi favours the privacy of transactions (something that centralised banks often ignore) and does not discriminate amongst its users promising financial status to all its user members.

The three most important benefits of DeFi include:-

To conclude, DeFi is set to revise our understanding of the financial structure through the blockchain network that facilitates a more secure, convenient, and privacy-respecting model. it aspires to give birth to a new world from the internet — outside of the structure of power and hierarchies that are associated with money.