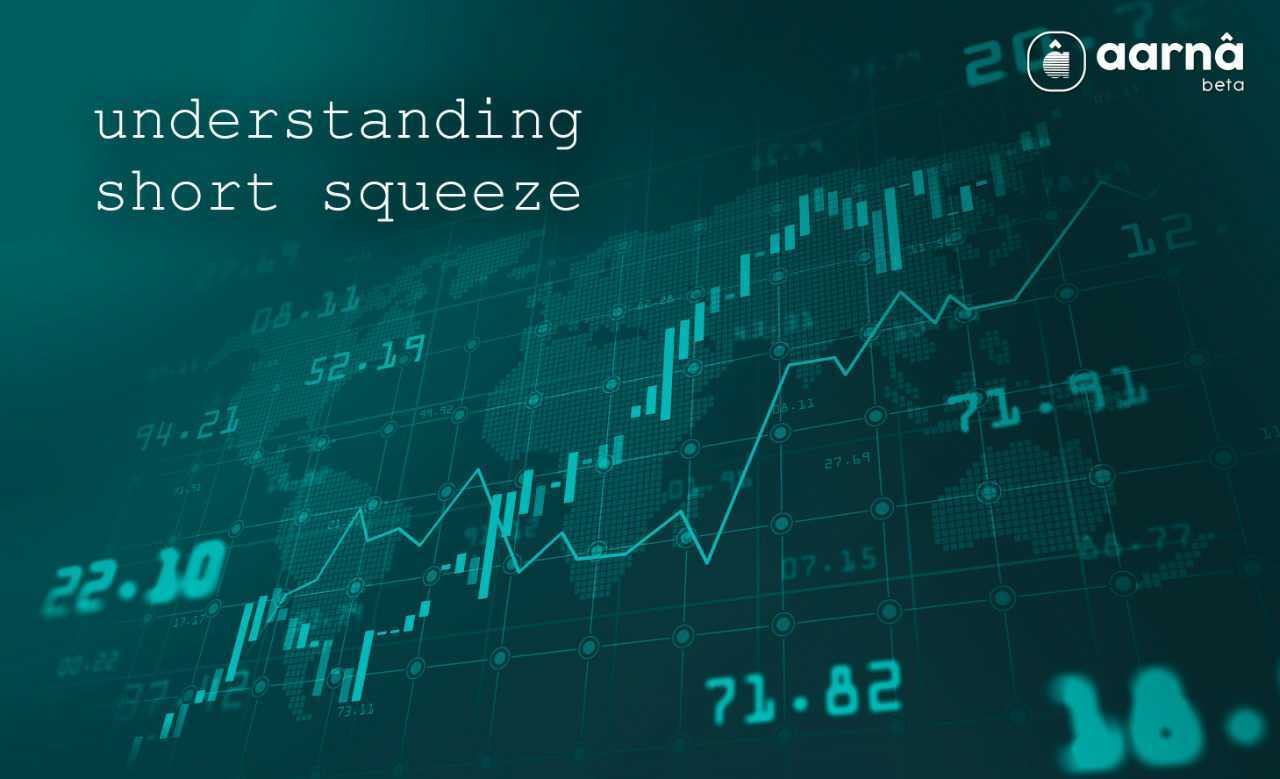 When the market prices hike unpredictably, a short squeeze occurs. A short squeeze is not a common phenomenon because it occurs beyond what the market analysis says. It causes a rise in stock prices unexpectedly, causing the short sellers to bail out.

How Does a Short Squeeze Occur?

A steep increase in stock price triggers a short squeeze. As prices increase, short-sellers try to leave their short holdings. It causes a decrease in the supply of the stock and an increase in their demand. It is a demand-supply concept that is easily understandable.

How do you Identify a Short Squeeze?

Experienced traders know what indicators to look for when the buying pressure starts penetrating the market. These indicators usually indicate when a stock is ready for a short squeeze. The indicators are:

Let’s understand with an example:

A stock with a low RSI (30 or below) is oversold. It means it is being traded at a low price and is undervalued.

Similarly, a stock with a high RSI (31 and above) is severely overbought. It indicates that it is trading at a high price.

How to Avoid Getting Squeezed?

If you’re a long-term investor, a short squeeze will always benefit you. Investors gain profit when the stock price increases. As more short sellers bail the market, the price rises, increasing the gains for buyers. But if you’re a short-seller, you'll lose money when the squeeze pushes you to buy, which will increase the stock price.

One way to prevent yourself from a short squeeze is ‘Days to Cover’, also known as a short ratio is a measurement to compare the total amount of short interest in stock with its regular volume of trading. It measures the number of days required for regular trading to produce enough trading volume to buy back all the sold short trades.

Experts say that ten days is a general guideline. Ten days or more to cover might indicate that trade is crowded, one you might want to steer clear of to avoid getting crushed.

Now that you’re a little more familiar with the concepts of a short squeeze, you must be curious to know more about the Gamestop Saga.

What is the Gamestop Short Squeeze, and why are people talking about it?

Founded in 1984, Gamestop is a well-known retailer of video games and consumer electronics. The company had a roaring success in its early years but took a hit around 2010. The dip happened because of the evolution of the internet and the market’s inclination towards digital games.

Last year in February, members of a Reddit group called WallStreetBets started a movement together to buy shares of the company in bulk. It happened after they discovered that a hedge fund (hedge funds are centred on risk hedging by concurrently purchasing and selling assets in a long-short equity strategy) was storing short positions in the stock. As a result, a short squeeze occurred, which caused the hedge fund to declare bankruptcy and suffer enormous losses.

How did the Gamestop Short Squeeze affect the investors?

The GameStop short squeeze has been beneficial to small investors. But it affected the hedge fund managers who lost billions of dollars. It should be noted that it is unlikely for GameStock shares to stay at a high price. So, the retail investors will have to sell their shares as quickly as possible or else they’ll risk losing most of their investment.

Something like this is unlikely to happen in India because there are several regulations in place legally to stop traders from influencing stock prices. India’s regulatory system is intact and strict in a way that doesn’t give a lot of leeway to investors to manipulate the market.

If we were to compare, lending is possible in the US because the brokers keep their shares in a pooled account. It happens because brokers have the right to lend shares to traders in the US. But in India, brokers do not have permission to lend shares. The shares are maintained in the Demat account of the specific dealer.

If you’re a nascent investor, and new to the market, the idea of a short squeeze might seem thrilling. But it is essential to understand that a short squeeze is a short-term event, not a long-term plan. It is a fleeting occurrence, and one has to look beyond it to understand the bigger picture. Being a long-term investor is safer and more reliable. So, do not hurry into any decisions and invest smartly.